Top 5 longest yachts in the world

Top 5 longest yachts in the world 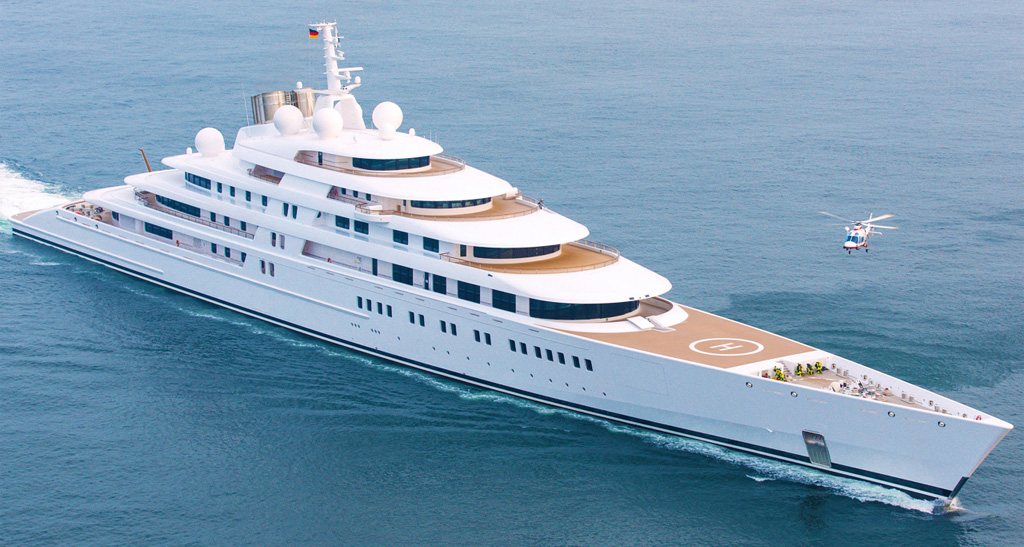 Perhaps you have already known her because Dubai is its third name. Initially, it was the Platinum Panhandle and then Golden Star. This yatch belongs to the royal family of the United Arab Emirates. In December 2010, this sublime Yatch came out of the factory which turned heads. The Eclipse is recognized for its 24 rooms, its two helipads, its two swimming pools. All this luxury for the modest sum of 500 million US dollars.

The Fulk Al Salamah belongs to the royal family of Oman. This monster measures approximately 538 feet.

Azzam is owned by the President of the United Arab Emirates, Khalifa bin Zayed bin Sultan Al Nahyan. Built in 2013 in Germany, the purchase price of the Azzam was worth around US $ 600 million, which is equivalent to almost 800 million Canadian! At 180 meters in length, it is the largest private motor yacht in the world. It has a beam of 20.8 meters and an unusually shallow draft of 4.3 m. Commissioned this year by a Norwegian billionaire, the Rev Occean has just surpassed the record for the longest Yatch held by the Azzam since 2013. However, its construction started in August 2019, so we will not see this yacht of around 600 feet on the ocean before 2021! At 183 meters (600 ft) in length, she is the largest motor yacht in the world and longest yacht of any type.