More economical engines: what are engine-makers doing about it?

The Boat Guide > News and Reviews > Editorial > More economical engines: what are engine-makers doing about it?

More economical engines: what are engine-makers doing about it? 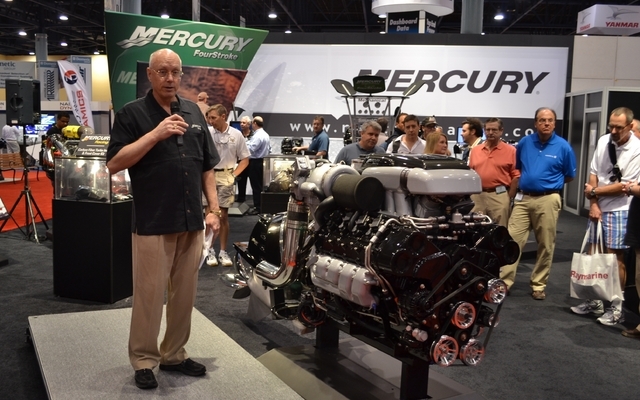 As we all know, oil price fluctuations are significantly impacting the boating industry. Boats need more power than cars to travel and water resistance requires increased efforts from the engine, all of which ultimately generate higher fuel consumption. Over the last few years, many boat enthusiasts have accustomed themselves to this new reality by changing the way they practice boating. They navigate less, they maximize their time on board and, as such, boating has become more of a way of life. What are engine-makers doing to deal with this new reality? Unfortunately, not much.

In the automotive industry, this message was understood a long time ago. Over the last few years, fuel economy has taken more than an important part in the design of new vehicles. V10 engines have just about disappeared, while V8 have been replaced by turbocharged six-cylinder engines in several higher performance or bigger models. The same goes for six-cylinder engines that are being replaced by higher performance or turbocharged four cylinders. And the addition of several technologies, such as direct fuel injection that optimizes performances while reducing consumption, results in more powerful, economical and much lighter vehicles.

Ill-focused efforts
Unfortunately, there are none of that in the boating industry. This market certainly does not have the same constraints, but we see no major short-term trend emerging. Some engines are still carbureted, while we continue to seed big and technologically antiquated high-consumption push-rod V8 engines. For the last two years, I have attended the Miami Boat Show and this year, I had hoped to see interesting related new products. Mercruiser, still the largest engine-maker in the recreational boating segment, introduced, two years ago, a 1350 hp high performance engine designed by Mercury Racing, meaning that it is not based on a GM powerplant. This engine turned out to be very interesting from a technological point of view, especially since it is using a dual turbocharger. However, we understand that this is a very limited edition engine, designed for very high performance boats. This year, Mercruiser unveiled a more “modest” 1100 hp built around the former. For the last two years, we were pompously introduced to engines used in a segment that is bound to disappear, high performance and no innovation for the average consumer. This is not very encouraging for boat builders who have no other choice but to order from engine-maker catalogs.

As for Volvo, this builder has a somewhat “greener” conscience. They have discontinued carbureted engines and the development seems to focus more on fuel economy. In this regard, Volvo IPS propulsion system, which includes pods under the hull, produces a fuel economy of nearly 30%. This is interesting, but the IPS system can only be installed on larger boats.

What about diesel engines?
Diesel engines represent a very interesting alternative. This type of motorization is very well adapted to boating due the strong torque produced at low rpm and its capacity to work hard without increasing fuel consumption. In several cases, the reduced consumption ranges between 40% and 50% compared to fuel engines. This represents a definite advantage for those who log many hours navigating annually. However, there is a major hurdle to buying a diesel engine: its price! You must spend several additional thousand dollars to get a diesel motorization, something many cannot afford in a smaller-size boat.

In short, engine-makers must respond promptly to this trend if they want to preserve the boating industry. Some have noted an improvement this year in the various boating shows with higher revenues being generated, but all agree that this improvement results mainly from the baby-boomers. The latter are buying larger boats and are much less affected by fuel prices. Unfortunately, there are few offerings for younger consumers who have fuel economy at heart. Manufacturers could face another downward trend once baby-boomers exit the market, and for now, nothing seems ready to attract a new breed of consumers.